More homestays available than the ones you can check on our website.

Do not hesitate to contact us directly to find out more about our rooms available.

Anne, 56 is a single mother and a volunteer in various charities.

She has 4 children who all left home. They come home occasionally.

She welcomes international students and is able to host several at a time.

She lives in a large bright and comfortable apartment in a great location, train, metro, tram and shops nearby.

Wifi is available in the apartment.

Her home is in central Lyon, residential neighborhood next to the Saône river,

5 minutes walk from the “Place Bellecour”.

You will have your own room, the bathroom will be shared with an other international student.

For reasons of confidentiality, we cannot publish pictures of the family and the house front. If you are interested by the family, we can send you pictures once the contact established. 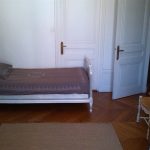 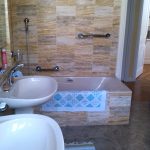