Family R. is a multicultural family with 3 daughters and a boy (and a female cat).
The mother is Franco Portuguese hence the family grew up speaking two languages at home while hosting many students from different areas of the world. The parents both lived many years abroad and love dedicating a lot of their time to intercultural interactions.
The father is a real estate agent and the mother works as a marketing and public relations manager for a big firm.
They live in an apartment in 7th district close to many bus stops and metro D stop. The 7th district is a growing neighborhood of Lyon, it is young and lively.
The children are part of scout groups, and the family likes playing tennis, going skiing, doing water sports, dancing and getting involved with charity associations.
They wish lots of interaction and meals with their student.

The 7th district of Lyon consists of the Rhône (west), the Gambetta Square to the north, the 8th district to the east and the town of Saint-Fons to the south. It is the largest district in Lyon and is situated on almost flat land at the alluvial plain of the river. You can see some of the universities, the Cité Scolaire Internationale , the Tony Garnier Hall where many concerts and conferences take place, the Parc de Gerland and the football stadium of Lyon. The banks of the Rhône offer a lovely place for walks and bikeriding, rollerblading, jogging day or night! Proximity to the Lyon 2 and 3 campuses make this neighborhood popular with students. Check our other rooms in 7th district 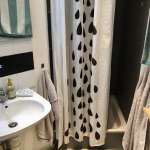 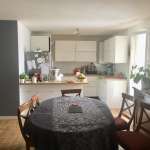 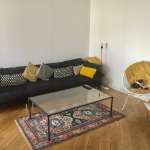 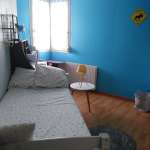 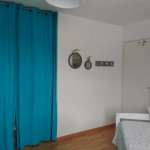