Lena is a 33 years old journalist.

She has a 3 years old daughter. She also has a cat.

They live in an apartment which includes 2 bedrooms, a large bathroom (with a bathtub), a large living-room, a kitchen and a balcony.

The apartment is located in front of the “quais du Rhône”, near a velo’v station (self service bike system), not far from Confluence’s Museum. 15 minutes from the town center.

The host will have his bedroom including a desk (+chair), a nightstand and a large cupboard. An armchair and a bookcase.

The wifi is available throughout the apartment.

The host only welcomes female students.

The 7th district of Lyon consists of the Rhône (west), the Gambetta Square to the north, the 8th district to the east and the town of Saint-Fons to the south. It is the largest district in Lyon and is situated on almost flat land at the alluvial plain of the river. You can see some of the universities, the Cité Scolaire Internationale , the Tony Garnier Hall where many concerts and conferences take place, the Parc de Gerland and the football stadium of Lyon. The banks of the Rhône offer a lovely place for walks and bikeriding, rollerblading, jogging day or night! Proximity to the Lyon 2 and 3 campuses make this neighborhood popular with students. Check our other rooms in 7th district 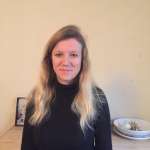 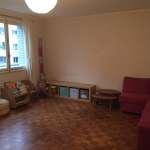 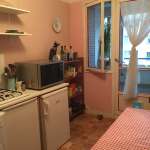 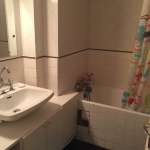