Family G is a single mother living with her two children (and a cuddly cat).

The host mother works as a social worker and her children are students. They all speak English fluently.

They live in a charming apartment in the 2nd district of Lyon (also known as Presqu’île).

The bedroom has a cozy double bed, a dresser, a little bookshelf, a desk and a chair.

Wifi is also available in the flat.

They enjoy rowing (on the Rhône river), going to the cinema / the theater / museums and travelling.

They are close to metro stops Cordelier & Bellecour and to many buses, restaurants, and shops.

A guitar is also present in the flat for the most talented among you !

They enjoy sharing 3 or 5 diners per week with the international students they are hosting. 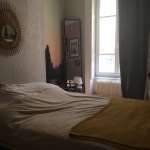 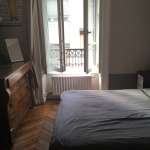 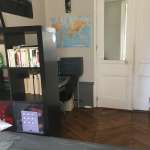 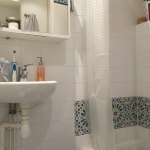 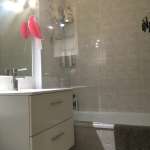 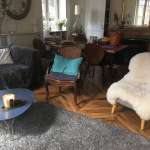 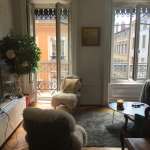